When a photo project… creates the buzz on Twitter and then is published by Le Parisien and France Info! A beautiful surprise and an unforgettable moment between laughter and wonder!

At the beginning, the idea was to take a picture to symbolize France during the 2018 World Cup.

Athina (@AthinaPerroux) is a professional climber who is not at her first exploration. She climbs on the Debilly footbridge with the flag of France. Posted along the docks with my 70-200mm freshly borrowed from Nikon France, I plan to take a picture by integrating the Eiffel Tower into the composition from the point of view.

Fred (@Freed_o_gram), a photographer passionate about urbex and particularly underground exploration, is also there. He climbs on the bridge with Athina to get a different point of view and illuminates the bridge with the light of his phone.

And then… the idea explodes in my head! we’re on the phone so I can help them position themselves. I ask Fred to put a knee on the ground (or on the iron!) and to put the flash of his phone towards me. I take the picture and bang! I’m ultra fan! My two friends come down, I show them the picture, they laugh and they love it!

What we didn’t have in mind was that a man quietly doing his evening on a barge on the Seine saw the scene, took a different picture, and set his mind to find the couple and offer them his picture. The story went viral on Twitter, Debilly’s couples made the buzz! We then explained that it was a photo project and not a real proposal. Then the story was share by Le Parisien and France Info.

The proposal in Le Parisien 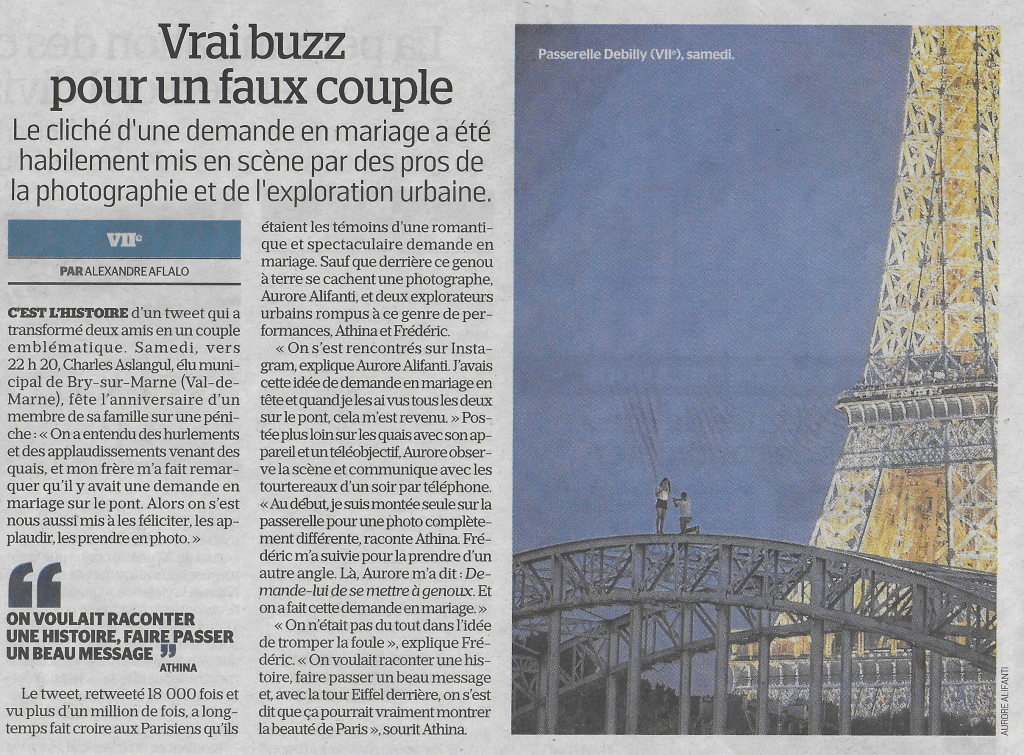 The proposal in France Info 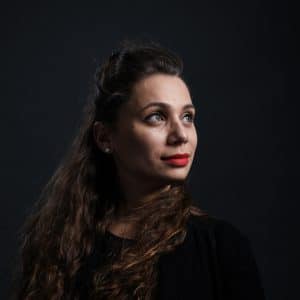 Hello ! My name is Aurore, I live between Paris & Barcelona.

I am a photographer and travel addict, two passions I’m happy to share with you!